The National Oceanography Center (NOC) announced the passing of Raymond Pollard, a major contributor to the subject of oceanography.

Pollard will be fondly remembered by his colleagues, having inspired and mentored many young scientists and played a critical role in forming and developing science teams at the NOC. Pollard was cited as energetic and determined, extracting every drop of information out of data and days at sea. He was known for giving 'straight off the ship' presentations, bringing the immediacy, insight, and excitement of new results to audiences in such an inspiring way.

The oceanographer led the formation of the James Rennell Centre for Ocean Circulation in 1989 to deliver the World Ocean Circulation Experiment (WOCE), which integrated observations and ocean modelling. This ultimately led to the Institute of Oceanographic Sciences (IOS) moving to Southampton, relocating from Wormley to the Chilworth Science Park before moving into the then newly built Southampton Oceanography Centre in 1995, which would later become the National Oceanography Centre.
Pollard began his career by completing an honours degree in mathematics at the University of Cape Town before studying at Cambridge University for his doctorate. His thesis on the theory of near surface inertial oscillations led him to the Woods Hole Buoy Group, where he made the first high quality observations of the structure of inertial oscillations and their propagation of wind energy into the upper ocean.

As Pollard's career progressed, he led numerous major seagoing expeditions, some of which include the Crozet Islands and in the Southern Ocean and Southwest Indian Ocean. Raymond was also an innovator, creating new measurement techniques and playing a crucial role in the development and use of towed undulating CTDs. He was also an early user of Acoustic Doppler Current Profilers (ADCPs) and he played a critical role in bringing scientific computing onboard ships - most notably on the RRS Discovery - to process the vast quantities of data quickly and to adaptively adjust sampling to what was developing in the ocean.

Professor Ed Hill, Chief Executive of the National Oceanography Centre, said "Raymond was a great scientist, a fine colleague, mentor and inspiration to many and his loss will be felt by his former colleagues and all those he worked with at sea including mariners, technicians and engineers.

"His way of working at sea is a legacy to those in the field, as Raymond taught those around him how to remain cheerful, kind, patient and understanding whilst maintaining an extreme attention to detail and maximising the time spent at sea." 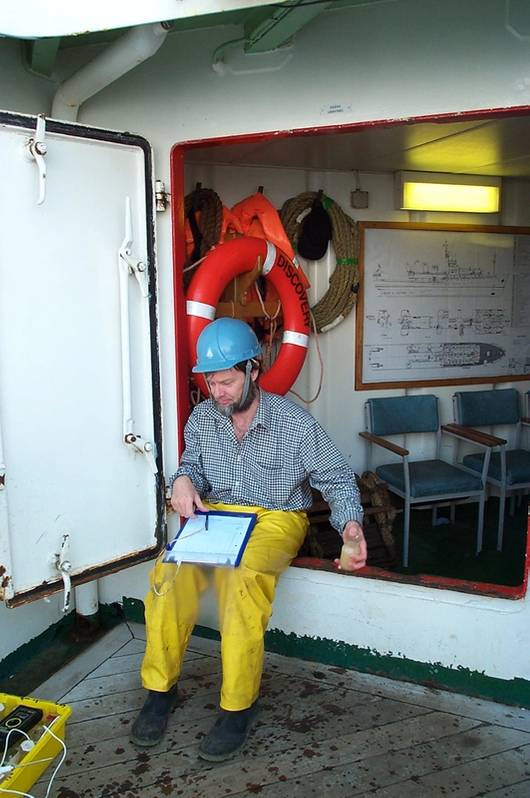 Ashtead Technology appointed Phil Middleton as Survey and Robotics Director.Middleton brings a wealth of experience to the role having held various senior positions in the subsea

Corvus Energy to open new Battery Factory in the U.S.

As the maritime industry increasingly moves towards propulsion solutions that help cut emissions, battery technology is increasingly taking center stage on a number of ship