Marine scientists on Friday will deploy robotic vehicles on a dangerous mission to the face of a glacier in Svalbard as they attempt to expose the hidden link in how rapidly melting Arctic ice is changing our ocean.

The mission to Ny Ålesund, the world's most northerly settlement, is a collaboration between the Scottish Association for Marine Science (SAMS), UiT The Arctic University of Norway, the Norwegian Polar Institute and University Center on Svalbard. The team will examine the Kronebreen glacier in Kongsfjorden, measuring the freshwater run-off as it melts, and assessing how it interacts with the saltier sea water coming into the fjord from the North Atlantic.

Humans are unable to sample at the glacier face because of the risk of huge chunks of ice collapsing into the sea below, a process known as glacier calving.

Instead, the team will use an autonomous surface vehicle (ASV) built by Norwegian company Maritime Robotics, to record various oceanographic measurements at the face of the glacier, while an autonomous underwater vehicle, known as an ecoSUB, will take temperature, salinity and oxygen readings below the surface. Meanwhile, aerial drones will survey the so-called freshwater 'plumes' that run off from the glacier. 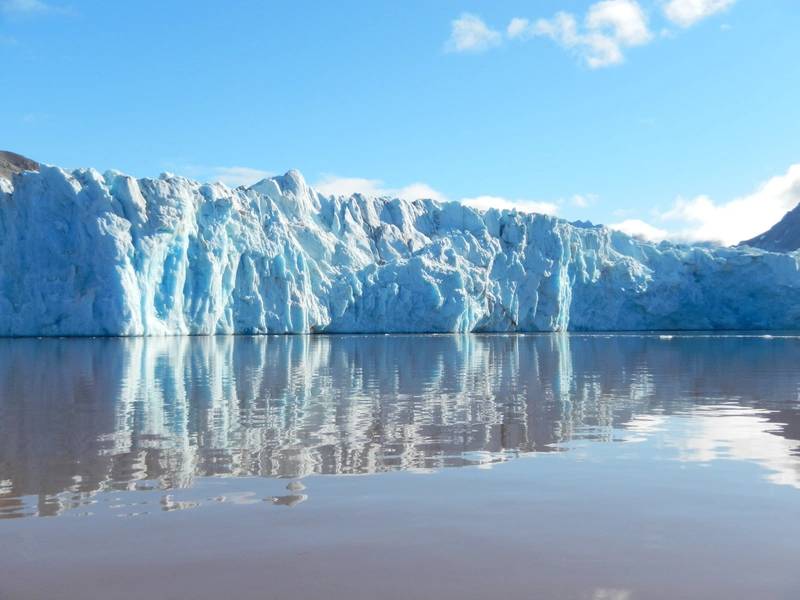 Lead scientist Prof Finlo Cottier of SAMS said, "Fjords are the connection between the changing ocean and our rapidly melting northern glaciers. The transfer of heat and water at these points, often just a few kilometers wide, are therefore extremely important in understanding how climate change is impacting our ocean.

"However, as these areas are too dangerous to survey fully and too small to be picked up on global ocean models, the interactions between fjords and glaciers have not been sufficiently represented in ocean and climate predictions.

"We need to know much more about the fresh water coming into the ocean: How much is there? Where does it end up? How does it move?

"It would simply be too dangerous to go into such a hostile and remote environment with a boat. Not only is there a risk of falling ice, but large-scale calving causes huge waves, so it is a dangerous place. That is where the robotic systems come into their own, working at the front line of Arctic science."

While rising global temperatures increase glacial melt, glaciers are also breaking up below the surface of the water. In a process known as sub-glacial discharge, melt water flows down through the glacier and out into the ocean. This water is fresher than the surrounding sea water, so starts to rise in the water column, creating a plume that pulls in warmer Atlantic water which increases the melt rate at the face of the glacier. This process undermines the wall of ice, causing huge chunks to collapse into the sea.

The marine robotics deployed by the team will collect crucial data to improve our understanding of this process.

The mission is scheduled to last seven days and the team, which includes SAMS Prof Mark Inall and University of the Highlands and Islands PhD student James Coogan, will be based in Ny Ålesund, making daily visits to the glacier.

SAMS has close links with project partner UiT The Arctic University of Norway. Prof Cottier has an adjunct professorship at the Norwegian institute, while UiT's chief technician for the ASV Dr. Emily Venables was previously part of the SAMS robotics team. 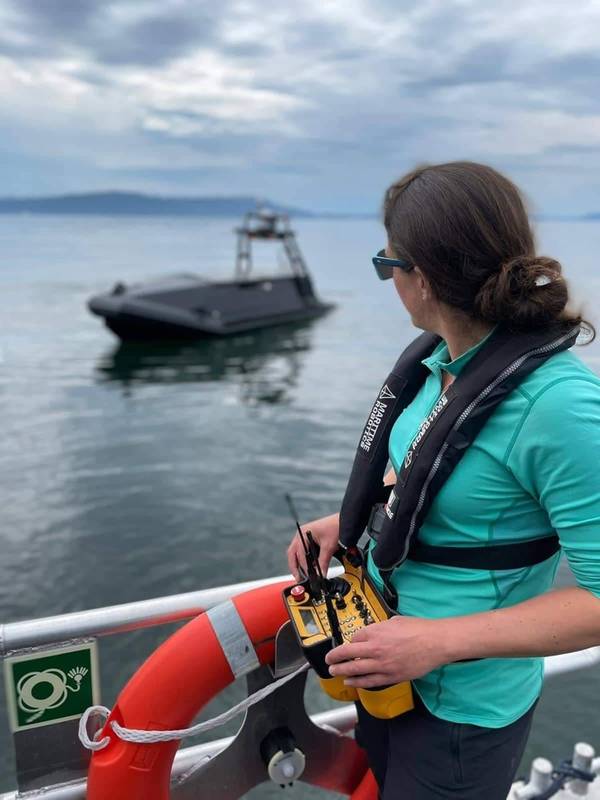 With funding by the nonprofit organization OCEARCH, a new project to detect illegal trade in sharks and other marine and freshwater wildlife provides a vital tool in the global