Acoustic and inertial position reference systems from marine technology company Sonardyne have been chosen to underpin the critical station-keeping activities of multiple deepwater vessels operating in the energy and ocean research sectors.

UK-based Sonardyne said Tuesday that, through a combination of upgrades to existing installations and the purchase of new systems, four deepwater drillships, a marine construction vessel and a floating production system working in North and South America will be using its 6G (sixth generation) Marksman DP-INS technology. In addition, an ultra-deepwater scientific drilling vessel has now also upgraded its Marksman DP-INS system to the latest (sixth generation) equipment configuration.

According to the company, the system uses a combination of single or dual redundant surface transceivers, Sonardyne's own vessel-based INS sensor and Long Baseline (LBL) seafloor transponders. However, unlike conventional LBL operations, Marksman DP-INS does not need a full seabed array of transponders to be installed and calibrated before subsea operations can commence.

For most subsea tasks, Sonardyne said, positioning specifications can be met with only one or two transponders deployed on the seabed. Additionally, as the system needs only occasional aiding from the acoustics, transponder battery life is substantially increased so the need to task an ROV to deploy and recover transponders for servicing is reduced.

Noble Drilling has ordered a 6G upgrade to the Marksman system onboard its Noble Globetrotter II drillship, adding two HPT 7000s to the vessel, as well as Compatt 6+ transponders for its vessel seabed array inventory and for wireless underwater marine riser flex joint monitoring. 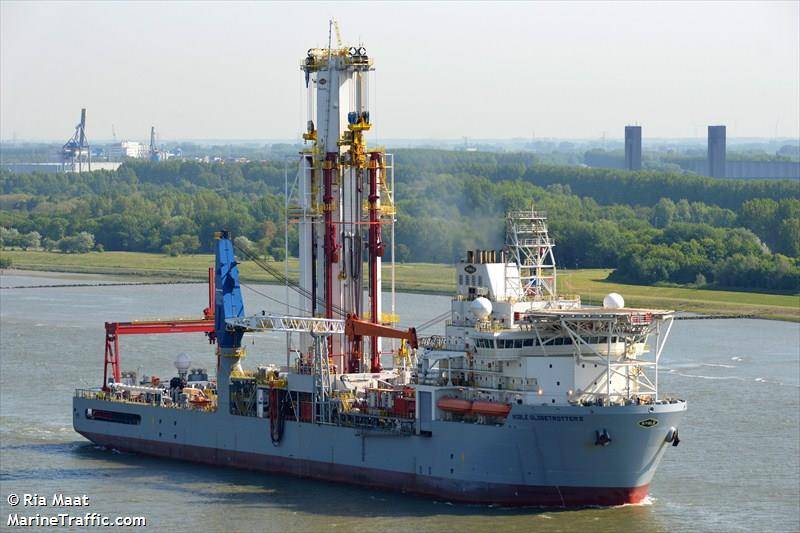 The DP-INS system onboard Helix Energy Solution's Helix Producer-1 floating production system has also been upgraded to 6G. The vessel is operating on the Phoenix and Tornado field in the US Gulf of Mexico for Talos Energy.

"Both rigs were fitted with Marksman DP-INS when they were launched in 2011. Also in Brazil, another rig operator has ordered a 6G upgrade for the Marksman system onboard its 6th generation, deepwater semi-submersible rig," Sonardyne said.

Furthermore, an Asia-based scientific drilling ship recently completed a Marksman DP-INS 6G upgrade. Sonardyne's Marksman LUSBL technology was first installed on the vessel in 2005. This was upgraded to DP-INS with Sonardyne's 5G hardware in 2012.

Also, Sonardyne said that a US-based marine contractor has also ordered a Marksman 6G upgrade kit system to DP-INS to improve their vessel DP capability, especially when GNSS positioning is unstable or masked by nearby platforms.

Andre Moura, sales & Application Manager, at Sonardyne in Brazil, says, "Vessel utilization rates have been rising steadily over the past 12 months, providing vessel owners and operators with the confidence to invest now in technologies that will deliver long-term operational efficiency gains. Marksman DP-INS is one of those technologies; it's mature a field-proven technology which can be installed in the field and addresses industry's need for a third, independent DP reference."

Blue Robotics announced its newest product, the T500 Thruster. The T500 Thruster is an underwater thruster that produces 16 kgf (35.5 lb) of thrust and can be used on remotely

Corvus Energy to open new Battery Factory in the U.S.

As the maritime industry increasingly moves towards propulsion solutions that help cut emissions, battery technology is increasingly taking center stage on a number of ship