The James River is a tributary of the Missouri River. It is roughly 710 miles long and spans over 20,000 square miles of North and South Dakota with more than 70% of the river's drainage occurring in South Dakota. River conditions during normal years include both still-water and flooding on both the James River and its tributaries. Water easily breaches the low banks, and these floods tend to cover a significant portion of the floodplain. When the river is still, water quality drops and it becomes quite difficult to see more than a few feet underwater.

One tool in their possession is a JW Fishers' side scan sonar system. This system is invaluable for locating downing victims, missing evidence, dumped cars, or ships lost underwater. It becomes especially useful when waters are murky or turbid. The sonar equipment paints a picture of the riverway bottom and allows for identification of objects without ever getting into the water. This is not only easier, dramatically increases team safety. 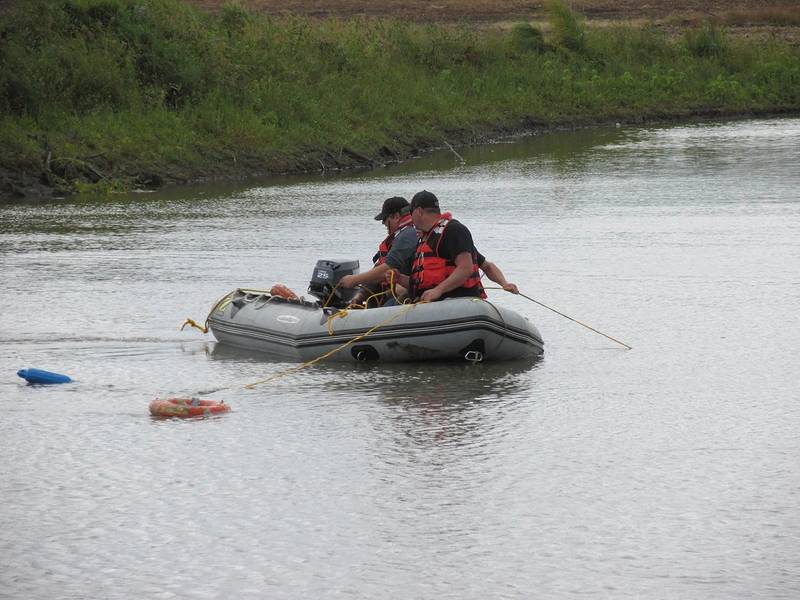 Tom Moeding, Beadle County's Emergency Management Director, experienced this first hand. "We used our JW Fishers side scan sonar to pinpoint the location of a 2014 Dodge pickup that was driven into the James River, our local river here in Huron SD." The driver behind the wheel ran the vehicle into the river during the middle of the night, but could not remember the exact location. After scouring the shoreline, tire tracks were seen going into the river and the dive team was deployed to find the vehicle. "You can see the pickup was found and its orientation was clearly shown to be on its side. Initially we used a smaller side scan to approximate the location, but the object was just shown as a blob on the screen and not a clear image of the pickup."

As the old saying goes, practice makes perfect. Tom and his team tried again, "this time the towfish was kept near the surface so as to not ram the pickup truck and cause damage like the last time it was used to locate a garbage truck with 2 deceased individuals in it in the same river just north of Mitchel SD.

Once the pickup was identified, Dive Team members deployed a J-hook from a Zodiac boat to snag the truck. The hook lodged in a solid area after several attempts and Lincoln Auto Salvage was able to pull it to shore. Beadle Country's OEM knows first-hand that Fishers' sonar systems are the right tool for the job, and we are proud to be part of their team!

Ocean Scientific International Ltd (OSIL) offer a wide range of adaptable dredge monitoring solutions to suit all budgets and application requirements, and have over 500 data